The ESF Addon Archetype is a Maven Archetype that allows to create a development environment with the following features:

The ESF Archetype jar (esf-addon-archetype-7.2.2.jar) must be downloaded from Eurotech Website and installed in the local maven repository with the following command:

After that, it is possible to generate a project skeleton using the archetype with the following command:

The command will start the generation of the archetype in interactive mode.

At the end of the procedure, the archetype will generate a subfolder in the working directory containing the following subfolders:

Maven will ask for a few parameters on the command line:

The following properties can be changed by answering n after the Confirm properties configuration prompt, which appears after editing the properties above.

To build all the bundles, features and to run the tests execute

Note that will wipe the persistence of the emulator, deleting the deployment packages and configurations installed by the user.

Setting tycho.localArtifacts=ignore is recommended to limit the contents of the effective target platform as described here. Note however that this setting cannot be always used, for example if you want to do a partial build to build only the tests.

To use the emulator, the Eclipse workspace must be created in the root of the project generated by the archetype. If the project is put under Git version control, it is a good idea to add a .gitignore file to avoid committing files that are not necessary for the Maven build. 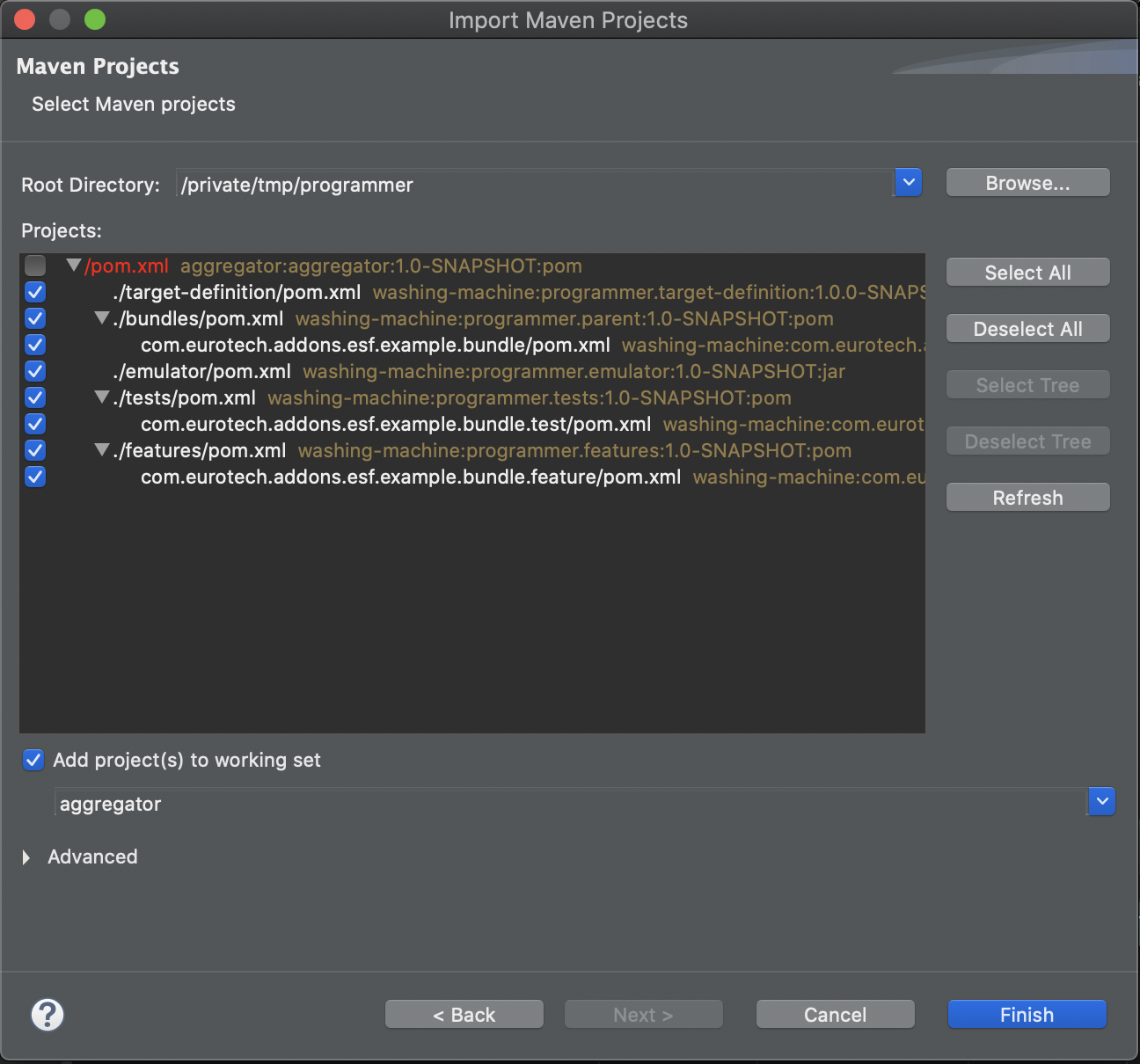 Note that the parent POM file cannot be selected.

Open the .target file in the target-definition project and click on Set as Active Target Platform. Note that this will download the bundles from the ESF P2 repository and it may take a while to complete.

Eclipse IDE should rebuild the workspace automatically and show no errors.

Build Once Before Running Emulator

The build must be run at least once before attempting to run the emulator. See Building above for more details on how to run the build.

The emulator will not run properly if this is skipped.

Right click on the ESF_Emulator.launch file in the emulator project and select Run as | 1 ESF Emulator 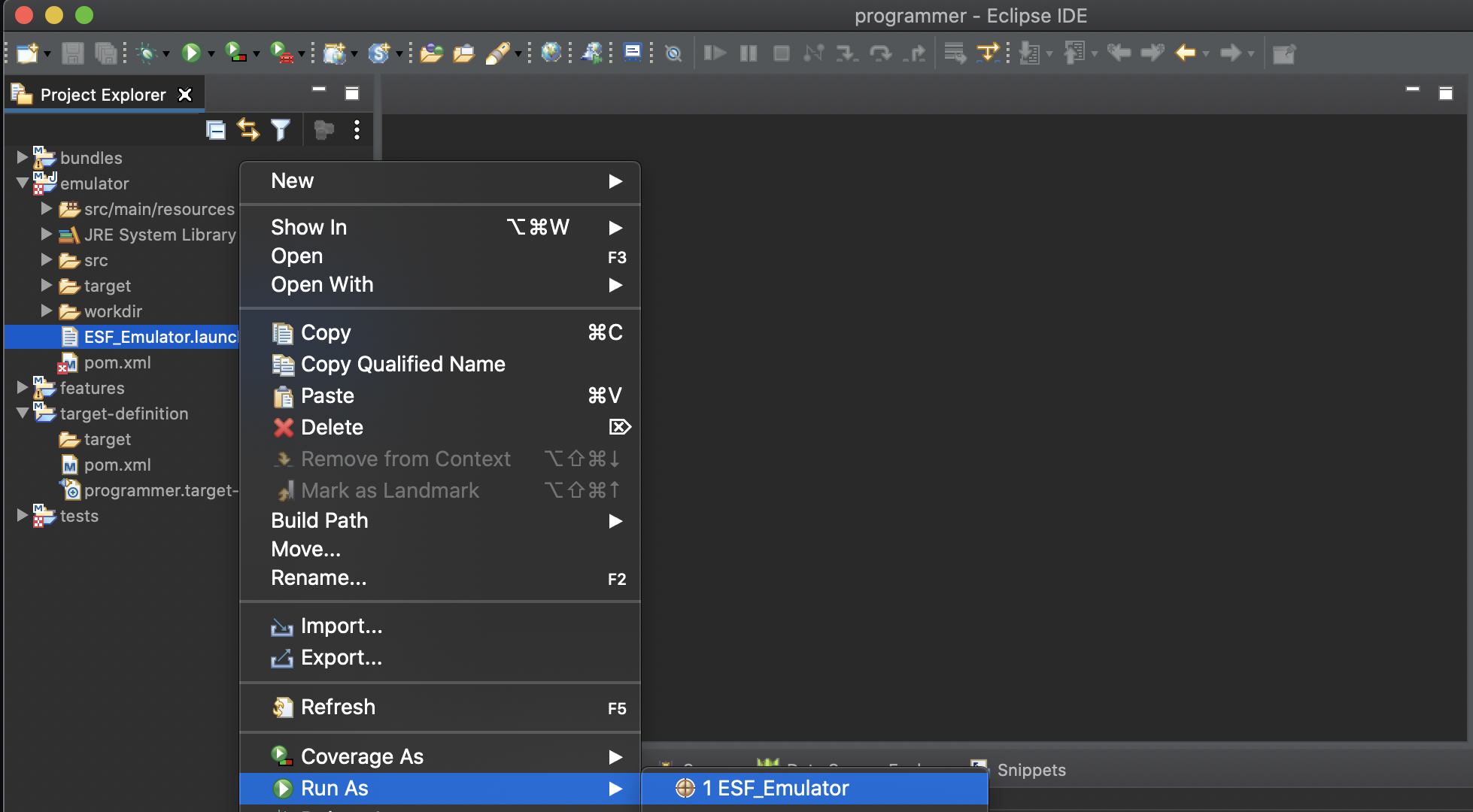 The ESF emulator admin UI is available at localhost:8080.

Existing bundles can be copied in the directory bundles. If the bundle has already a POM file, this must be replaced. The project must be also added to the <modules> of bundles/pom.xml. If a deployment package is desired, a new feature must be created in the directory features; take a look to the existing feature.

Updated about 2 months ago